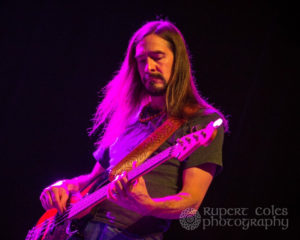 Mike Pascale founded Vintage Fender Amp Repair over 10 years ago.  Fueled by the passion for playing vintage Fenders live on the road, his constant quest for better tone (along with the consequential need to keep his gear in working condition while bouncing around in the back of a trailer mile after mile), he started delving into the inner workings of these mythical amplifiers to discover what really makes them tick.  After servicing hundreds and hundreds of vintage Fender amps, dozens of those “holy grail” tweed, brown, and blackface tone monsters have come across the bench.   When these magical “voodoo” amps would present themselves, he would seize the opportunity and analyze these circuits.  He began to see the patterns – where the natural “drift” of specific components were surprisingly consistent in these remarkable specimens.  Mike began to intentionally incorporate this “drift” into his Fat Jimmy builds using selected NOS components.  The result?  Every Fat Jimmy amplifier sounds like that “holy grail/one in a million” vintage tone machine!

Mike spent years on the road touring the country in different musical projects.  He founded Mountain of Venus, and this was his main band and guitar gig from 1999 – 2005.  During this time he connected both musically and personally with many incredible musicians including guitar master Steve Kimock – a friendship and collaboration that continues to this day.  Mike can often be found doing tech work for Kimock around the Bay Area.  Working closely with such a discerning musician has truly been a blessing and has certainly had a lasting impact.  This impact has affected him both musically and in the way Mike ‘hears’ his work and his amplifier designs! 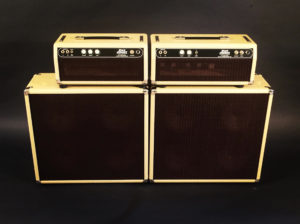 Mike also has the honor of working closely with the Grateful Dead’s Bob Weir developing unique custom amplifiers for his use both on the road and in the studio.  Many of these amps have been specifically voiced and designed to suit Weir’s personal musical needs.   These include several custom stereo builds.  True Stereo – literally ‘two amps in one’!  (pictured left is a 2 piece stereo amplifier – stereo preamp into a stereo power amp.  Not two identical amps!).

Mike has been on the road playing bass with Nicki Bluhm and the Gramblers, played in the Terrapin Family Band during it’s conception, and has been (and is) a regular house musician at Terrapin Crossroads – Grateful Dead bassist Phil Lesh’s venue and restaurant in San Rafael CA. 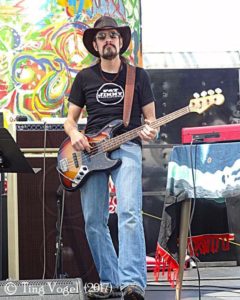 Mike is presently a gigging musician in the San Francisco Bay Area, playing both guitar and bass in a variety of projects and can also be found playing as a ‘hired gun’.

Thanks to many of the professional musicians that we work with closely, we get the unique opportunity to really field test these amp designs first hand in real-world on-stage situations, in the trenches.  The result speaks for itself.